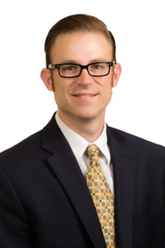 Bill Knox, JD, LLM is Director, Planned Gift Technical Consulting at TIAA Kaspick, part of TIAA Endowment & Philanthropic Services. In this role, he advises clients on all aspects surrounding planned gifts, including legal, tax, and administration issues. Bill has presented on a variety of planned giving topics at both regional and national events. He joined TIAA in 2012 after serving for more than seven years as vice president of legal services at Crescendo Interactive, Inc. Bill has a BA from the California State University, Chico. He received his JD from the Columbus School of Law at the Catholic University of America and his LLM in tax from Loyola Law School, Los Angeles.